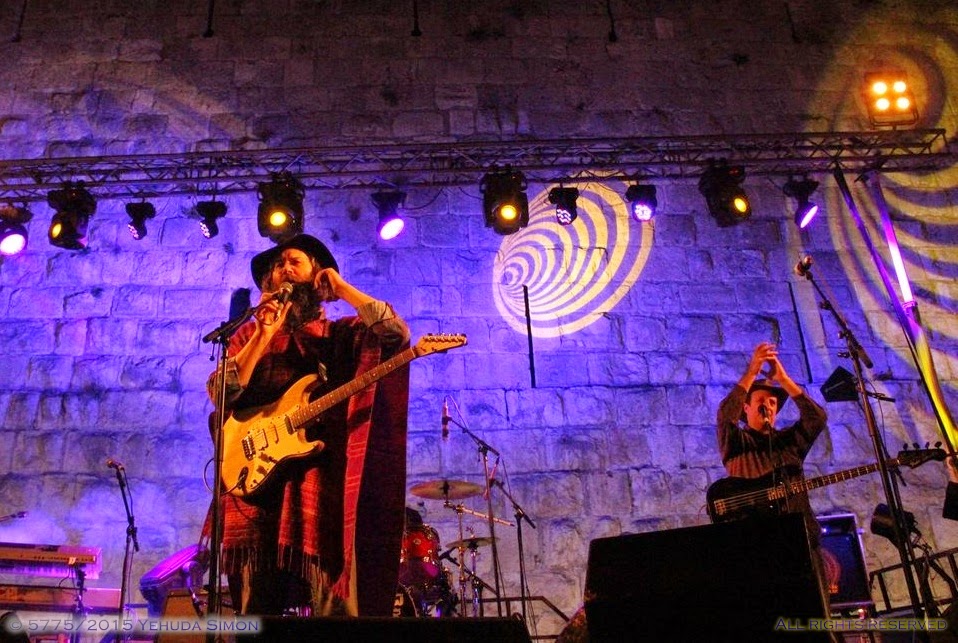 To hear authentic live blues, you need to get on a plane and go to Chicago, or Austin, or Memphis, and find a proper blues club, right? Wrong! Israeli-American blues guitarist Lazer Lloyd (Eliezer Blumen) plays  some of the best live blues around today. He is one of Israel's best guitarists and regularly plays clubs all over the country. He could comfortably take the stage with the all-stars at Eric Clapton's Crossroads festival, easily holding his own with the legends that join Clapton for a jam. 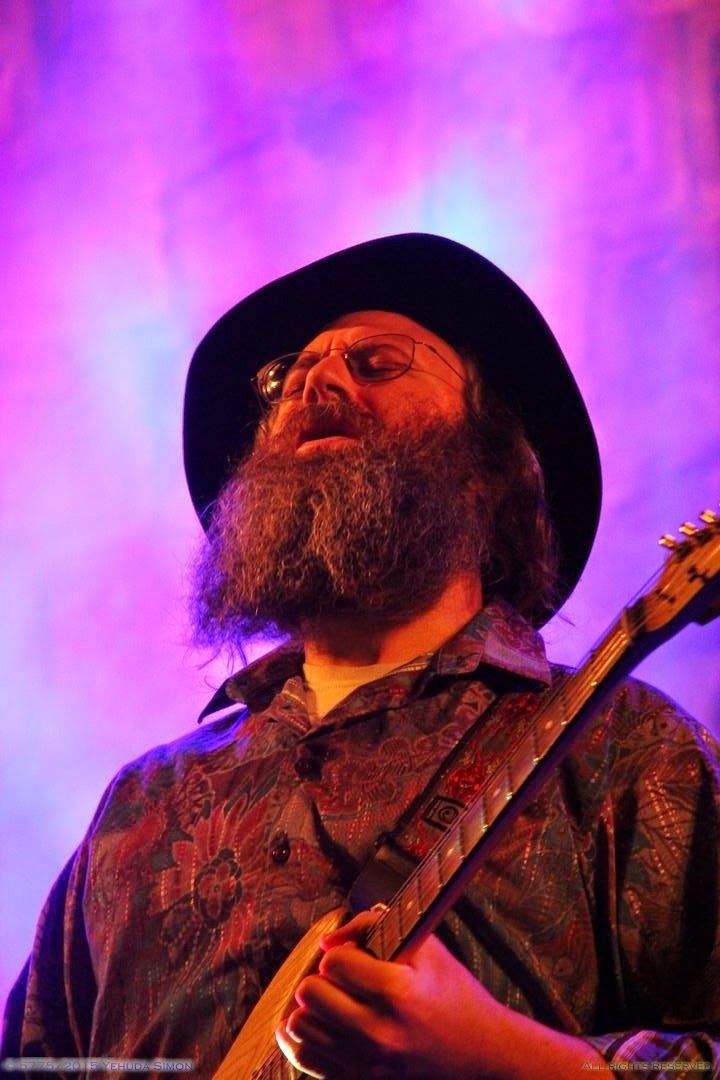 Last week, at the Sounds of the Old City festival in Jerusalem's historic walled city, Lazer's trio--Lazer on guitar, Moshe Davidson on bass, and Erez Simon on drums--played a couple of absolutely smoking sets of electric Jewish blues, channeling Buddy Guy, Stevie Ray Vaughan, Johnny Winter, Billy Gibbons, and more. But the big difference between Lazer and the blues greats who influenced him is that Lazer plays the blues through a lens of Jewish spirituality. Whether playing a bluesy "Mishenichnas Adar," playing his own originals like the new tune, "Burning Thunder," from his upcoming album, or getting the crowd to sing along to get their "Mojo working," he had the crowd in his hands.

If you get the chance to see Lazer and his trio, in Israel or overseas, don't pass it up. 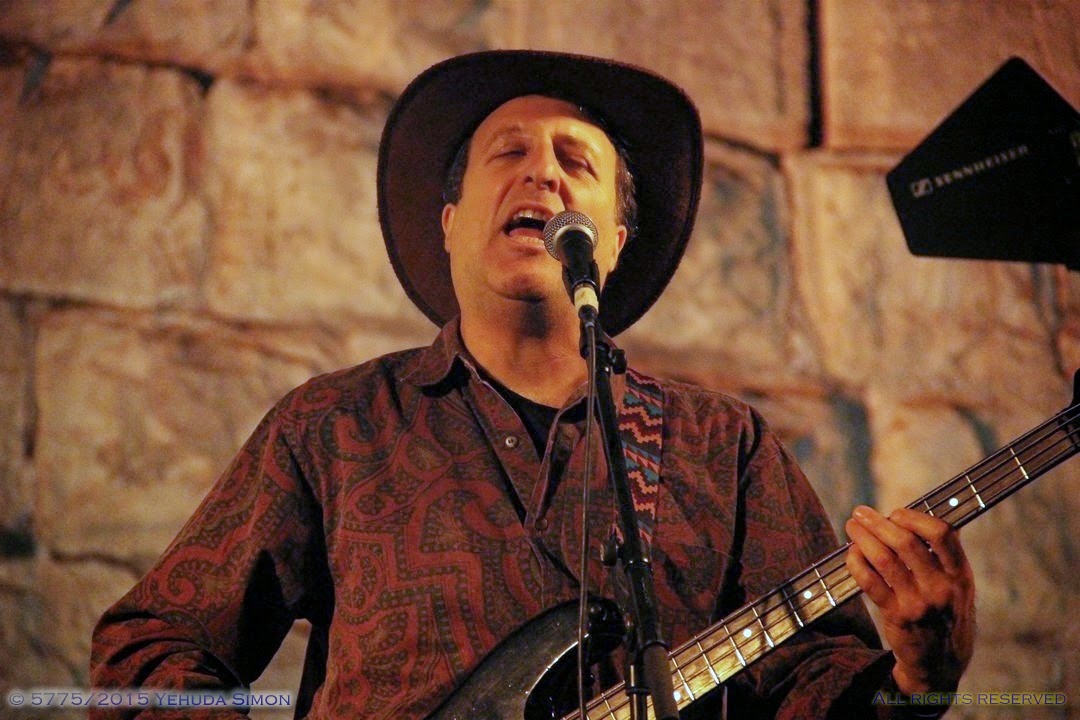 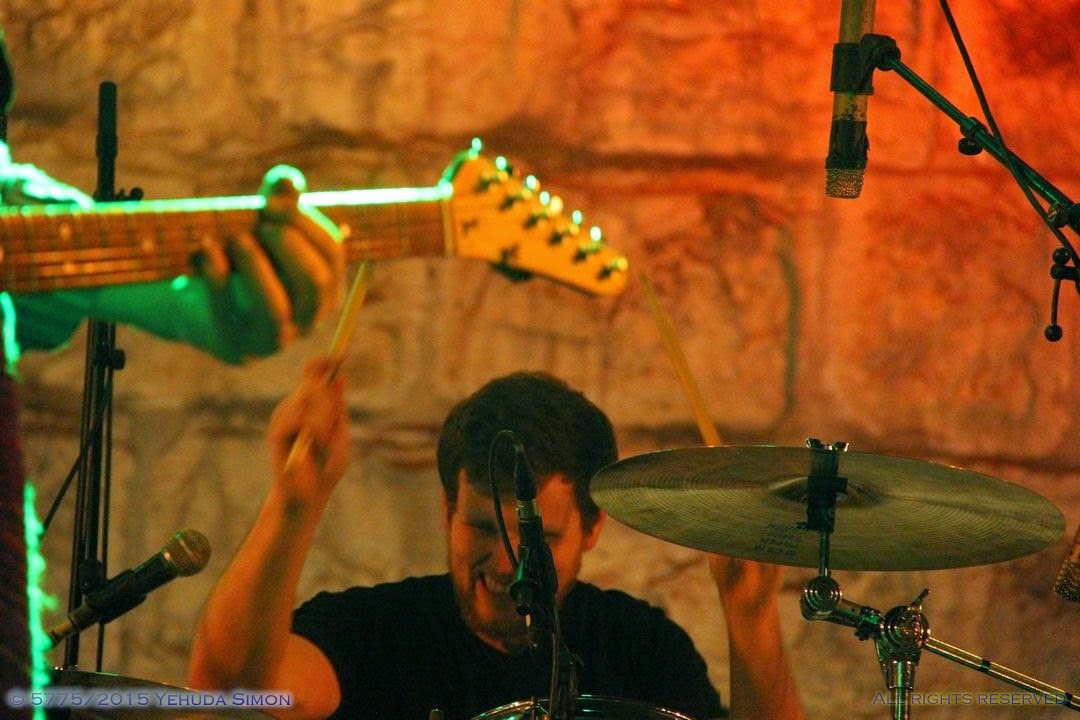 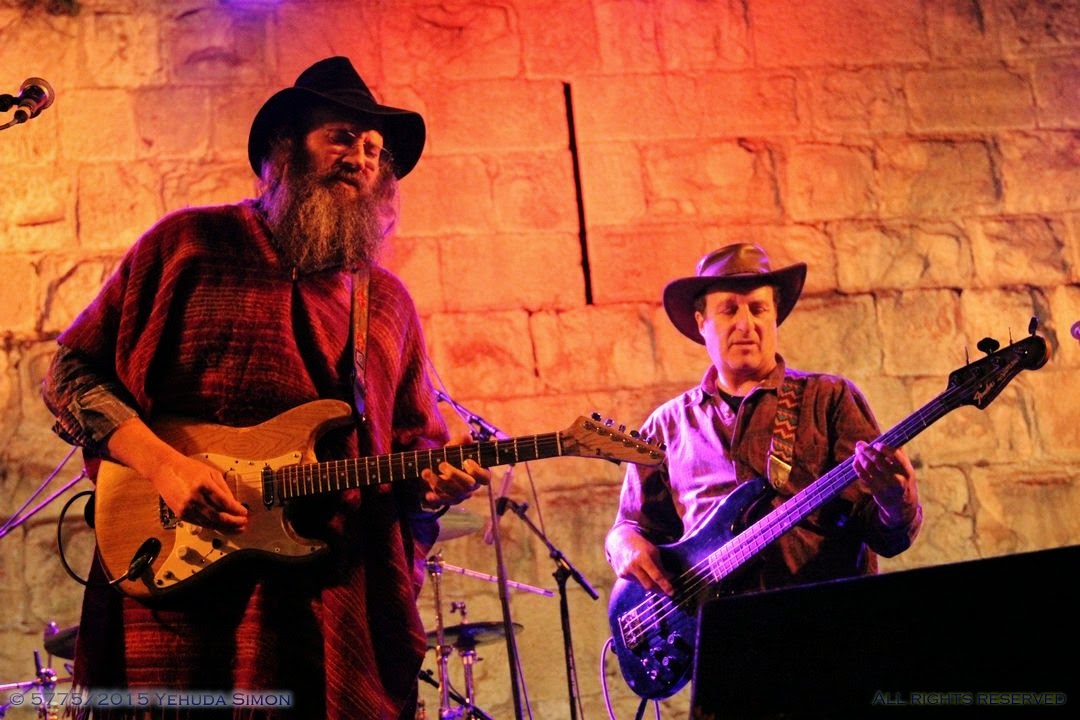 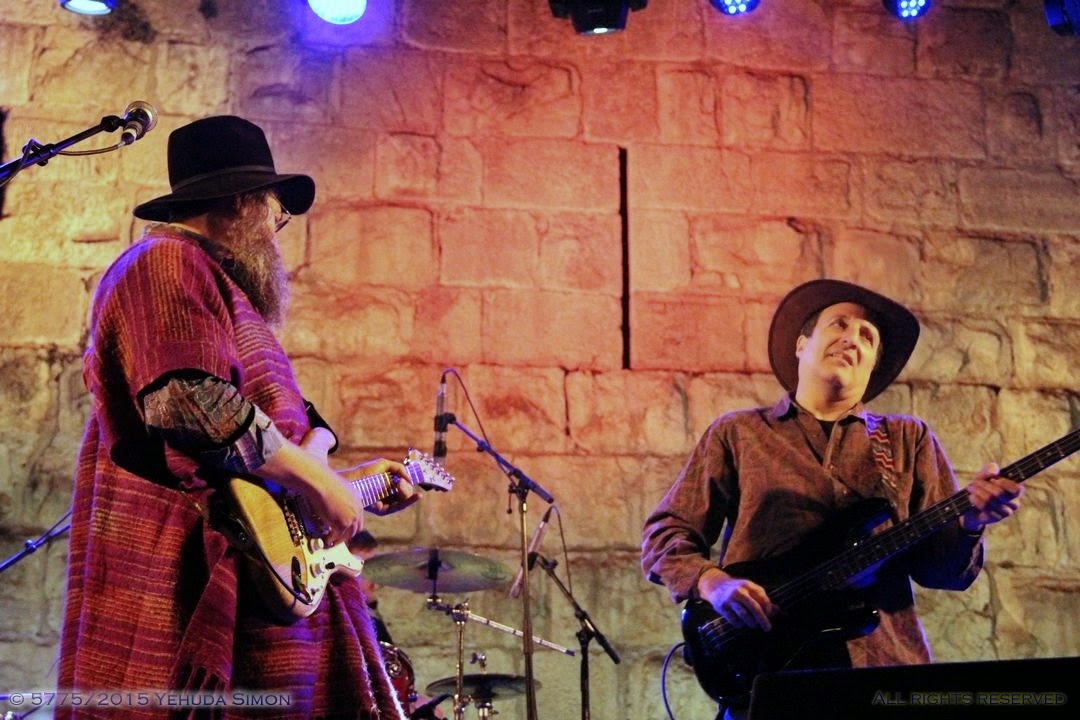 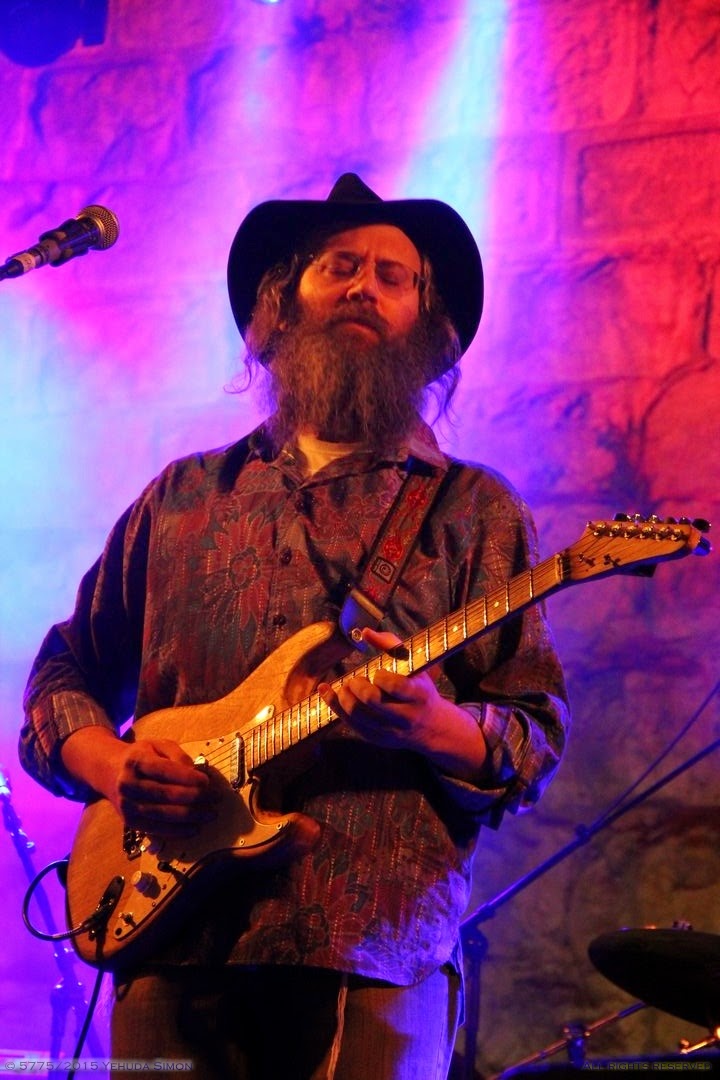 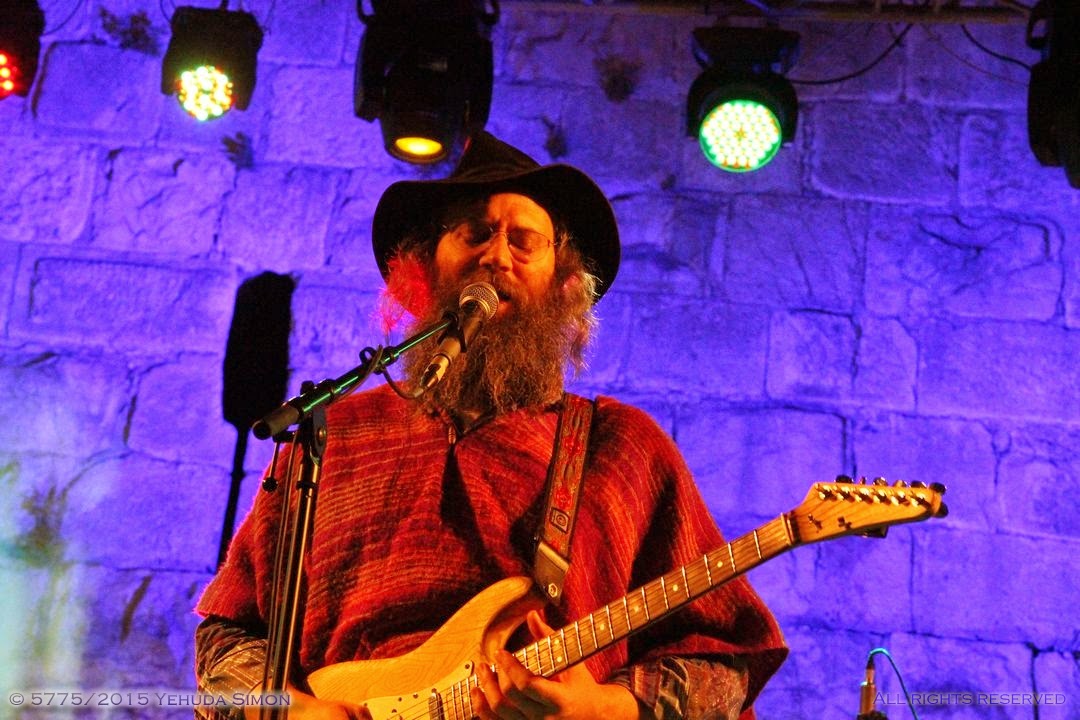